“An Indian, who built Yoga empire, a product and symbol of the New India, A yogic fusion of Richard Simmons, Dr. Oz and Oprah Winfrey, irrepressible and bursting with Vedic wisdom.” – New York Times on Baba Ramdev.

What started in 1997 as a small sized pharmacy, Patanjali Ayurveda Ltd. (PAL), today, is arguably the fastest growing company in the Indian FMCG sector, a USD 50 Billion industry once dominated by multinational behemoths – the likes of Unilever, P&G, Nestle, Colgate – Palmolive, Johnson & Johnson. From shampoo and biscuits to ghee and noodles, and now apparel and footwear – no other indigenous company has built such a well-diversified product portfolio. It has grown more than ten times in revenue in last five years, an unparalleled feat in India’s FMCG industry. The company which is targeting revenues of Rs. 10,000 crore for FY 2016-17 and Rs. 20,000 -25,000 crore in FY 2018 has extensive sales channel of over 5000 distributors, 15,000 stores, and 100 mega-marts. Moreover, it has also tied up with retail chains like Future Group, Reliance Retail, Hyper City and Star Bazaar as well as leading e-commerce platforms. The recent announcements of Rs. 1,600 crore food park in Noida and Rs. 1,200 crore production facility in Assam as well as the buzz around Patanjali’s plans to go public signals the company’s robust expansion plan.

It is no surprise that American business magazine Fast Company ranked Baba Ramdev 27th in its list of “Most Creative Business People of 2016” while his close associate and CEO of PAL Acharya Balkrishna has made his debut on the Forbes list of India’s 100 Richest People at 48th position; given the fact that he owns 94% of the company.

So, what is the secret recipe behind the dramatic rise of Patanjali? What explains this remarkable growth trajectory? How come a blend of ancient Indian science Ayurveda and modern technology made its mark and giving leading names a run for their money when many Indian brands had struggled in the past?

There are several ingredients that go on to create the Patanjali magic, and while there is uncertainty on how long the momentum will sustain, the journey so far is worth studying.

Patanjali products are available at an attractive discount as compared to their competition. The company sources raw material directly from farmers eliminating middlemen, has lower marketing spends and overhead cost compared to its peers and as such are able to produce at a much cheaper price. A large proportion of the Indian population, especially the middle class, is extremely price sensitive and looks for quality products at reasonable rates. Patanjali has understood and developed a strategy to take advantage of the aforesaid mindset capturing market share from established players.

Quality is of prime importance and a key value proposition when it comes to FMCG. Patanjali products are known for their quality and have brought the focus back on product effectiveness. Ghee and tooth paste are the two most sold products of Patanjali – even though both of these have enough competitors in the market.

Patanjali has also been able to develop a large and trustworthy system of vendors and distributors to ensure that their products are available in every nook and corner of the country and its products do not fall at the end point of supply chain i.e. product placement and distribution.

Building a business requires hiring people with right skill sets who know their stuff in and out. Patanjali does not hire MBAs from fancy universities, but hard core professionals possessing relevant qualifications such as Masters in Science, Ayurveda with an inclination towards those with research experience. “Ours is not a corporate culture–it is a spiritual culture and it is purpose-driven,” says managing director Acharya Balkrishna.

The other big factor in Patanjali’s favour is the image of Baba Ramdev. He is a recognized face all over India and beyond. Patanjali is able to create a brand perception of health and wellness among the Indian masses, primarily because of Ramdev’s association with the brand who is considered to be a veteran of yoga and a firm believer of Ayurveda. In Indian market where personalities outshine products, it’s imperative to have a brand of your own.

Patanjali was started in times when FMCG products by large multinational companies were already doing well and enjoyed customer loyalty. Despite the muted consumer demand and a wide range of existing products and players, Patanjali products were able to differentiate itself in the backdrop of never seen before combination of Ayurveda and technology.

Patanjali products are marketed as historically and culturally indigenous in the light of its widely known Swadeshi campaign. The company has captured the attention of the Indian consumer by projecting itself as a brand that is extremely Indian. It also advertises its products as being all-natural void of synthetic and artificial ingredients. One cannot deny the fact that Indian market still has a penchant for culturally rooted products. 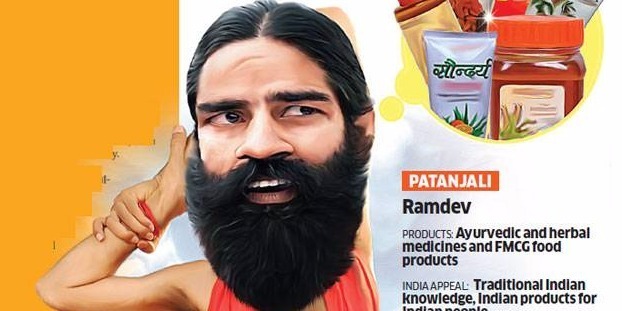 The swift rise of Patanjali driven by a large variety of product offerings coupled with unconventional marketing strategies has disrupted the whole FMCG sector and revolutionized the industry in a record time. Patanjali’s dizzying growth story is now the talk of boardroom discussions and case study at management schools.

Will Patanjali be able to maintain the traction and eventually prove to be a dark horse in the race? Or will it turn out to be a water bubble, with this being a temporary phenomenon? Only time will tell. 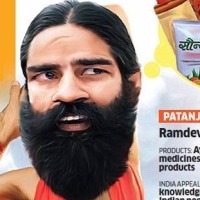